About the Scholars Program

The Quilt Alliance established the Ardis James QSOS Scholars Program  in 2013 with the support of the Robert and Ardis James Foundation to support research that draws on the rich resource of over 1,200 Quilters’ S.O.S. – Save Our Stories (QSOS) interviews collected by the Alliance since 1999. Scholars use the QSOS archive to produce original research to disseminate as essays, exhibitions, curricular materials, and interactive content.

QSOS interviewees share how quilting impacts their lives, including inspiration found in unlikely places, comfort during times of grief, and joyful artistic collaboration among friends. Our interview archive is a valuable resource for anyone interested in quilts and quiltmakers, as well as craft, folk art, and the process of making things. It’s our hope that the Ardis James QSOS Scholars Program will enable scholars to dig into the archive and investigate those stories, making connections among interviews, finding common themes, placing histories in context, and spotlighting incredible moments. 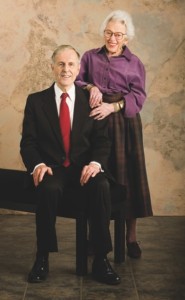 Ardis Maree Butler (December 5, 1925 – July 7, 2011) was born in Lincoln, Nebraska, and raised in Lincoln and Omaha. She married Robert G. James of Ord, Nebraska, in 1949, and they raised three children: Robert Jr., Catherine, and Ralph. They made their home in Chappaqua, New York.

Ardis James, expressed her lifelong love for fabric and needlework in her own quiltmaking, ownership of a fabric store, and most significantly, in the quilt collection she and Robert built together. Their large and important collection became the founding donation that sparked the establishment of the International Quilt Study Center at the University of Nebraska-Lincoln in 1997.

Ardis and Robert James were among the first to collect the work of contemporary studio artists who began, in the late 1970s, to make nontraditional quilts as works of art. Pauline Burbidge, a UK studio quilt artist, expressed the impact of their support: “This recognition meant a great deal to me and has helped give me the confidence and drive to continue with my quiltmaking career.” Linda MacDonald, another studio quilt artist, noted regarding Ardis: “Her inclusive love for diverse quilt forms was very inspiring.” 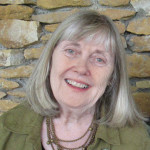 Barbara Brackman, quilt historian, curator and teacher. Barbara is the author of a number of books about quiltmaking and quilt history including the Encyclopedia of Pieced Quilt Patterns and Clues in the Calico: A Guide to Identifying and Dating Antique Quilts and was inducted into the Quilters Hall of Fame in 2001. 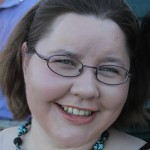 Christine Humphrey earned her doctorate and master’s degree from the University of Nebraska-Lincoln where she specialized in textile history with a quilt studies emphasis. Her scholarship has focused on the roots of American quilt documentation projects from 1980-1989.

View Christine’s project: “Passing on a Little Bit of Who I Am”: The Transmission of Quiltmaking to a New Generation 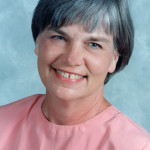 Merikay Waldvogel, author, quilt historian and lecturer. Merikay has written several books about quilts in the 20th century, including Soft Covers for Hard Times: Quiltmaking and the Great Depression and, with Bets Ramsey, Quilts of Tennessee: Images of Domestic Life Prior to 1930. She was inducted into the Quilters Hall of Fame in 2009.