Georgia Born
On this day in 1788 Georgia became the fourth state in the modern United States.

From History.com: Named after King George II, Georgia was first settled by Europeans in 1733, when a group of British debtors led by English philanthropist James E. Oglethorpe traveled up the Savannah River and established Georgia’s first permanent settlement–the town of Savannah. 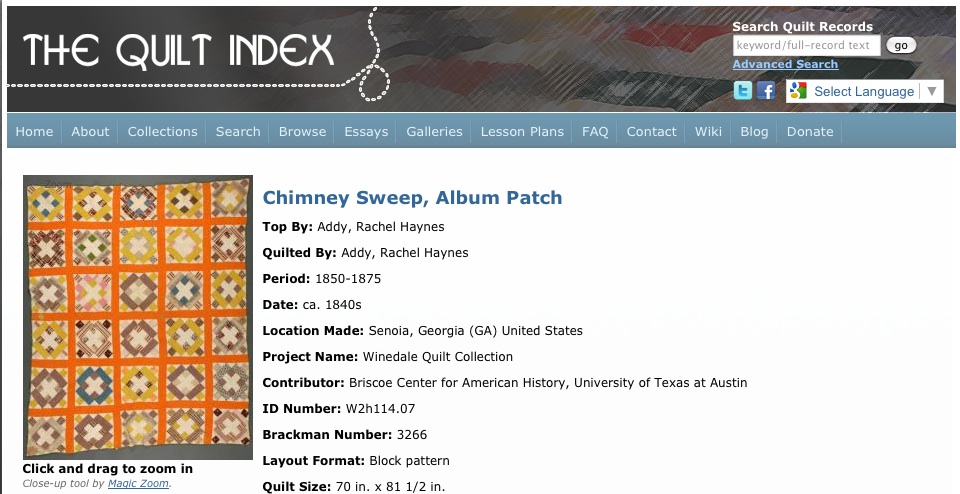 The Chimney Sweep, or Album Patch, quilt above was made in the 1840’s by Rachel Haynes Addy in Senoia, Georgia (approx. 40 miles southwest of Atlanta). Addy brought the quilt with her to Texas around 1871 when she moved to Grayson County with her husband and two young children. Her daughter Mary Jane Addy (1870-1935) inherited the quilt from her mother, then passed it on to her daughters Clara R. Williams Shaw (1892-1991) and Alta William Kaderli (1897-1974). This quilt was donated to the Winedale Quilt Collection at the Briscoe Center for American History, University of Texas at Austin in 2007.

View this quilt on The Quilt Index to read more about it’s history, design and construction.