On This Day in History Quilt for March 20:

On this day in 1854 the Republican Party was founded in Ripon, Wisconsin. The group, who were form members of the Whig Party (formed in 1854 to oppose President Andrew Jackson), wanted to establish a new part party to oppose the spread of slavery into the western territories. The first Republican president, Abraham Lincoln, was elected in 1860. 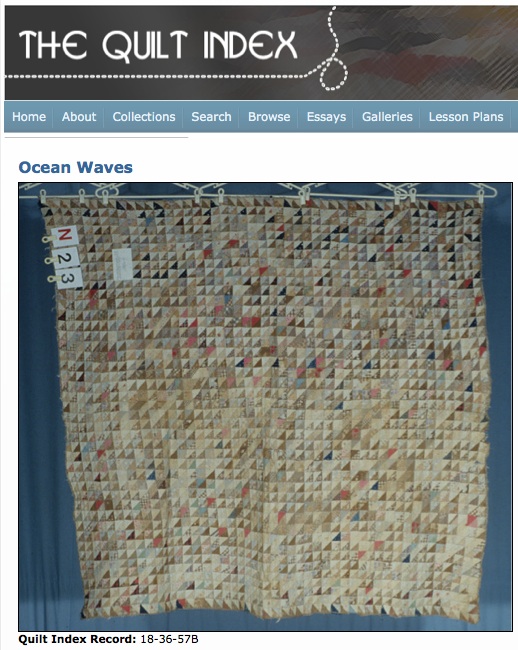 Mary Elizabeth Stark of Newburg, Iowa hand pieced and hand quilted this Ocean Waves quilt using sewing scraps between 1860-1890.  A relative of the quiltmaker documented the quilt in 1988 during the Iowa Quilt Research Project, who noted: “Mary Elizabeth was a pioneer in bringing Farm Bureau and Extension lessons to rural women. She was one of the first women active in Republican politics.”