On This Day in History Quilt for March 14:

On this day in 1833 Lucy Hobbs Taylor, the first American woman to graduate from dental school, was born in Constable, New York. After she received her degree at the Ohio College of Dental Surgery, she began her practice in Chicago, where she met her future husband James M. Taylor. Lucy helped train James and eventually they opened a joint practice in Lawrence, Kansas. She was an avid supporter of the women’s suffrage movement and only retired after her husband’s death in 1886. 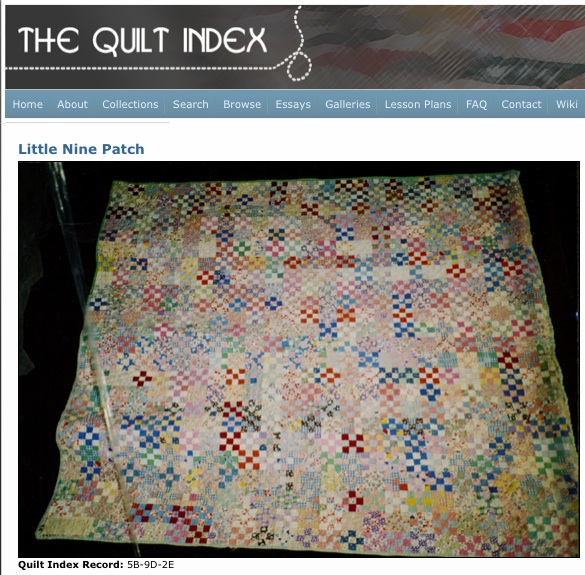 Minnie Hair of Kansas City, Missouri made this “Little Nine Patch” quilt in 1930 and entered it into the 1933 Sears National Quilt Contest. Quilt historian Merikay Waldvogel purchased the quilt at an antique mall in Southwest Missouri in 2001. Waldvogel researched the quilt and the quiltmaker, and this history is included in this Quilt Index record:

Minnie Hair was born April 21, 1882 in Kansas City, Jackson County, Missouri, to parents… [who] emigrated to the U.S. from Sweden in 1880, and became naturalized citizens in 1890… Minnie married Franklin Pierce Hair, a dentist, on 18 July 1904… Franklin maintained a dental office in the Hair home from 1907 until his retirement in 1937… Minnie was a housewife and mother, and lived within only a few miles of her parents and birthplace all of her life. Her husband died in March 1959 at age 87. Minnie lived another 18 years and died in a care center in 1977, at age 94.