This Sunday’s Q.S.O.S. Spotlight is a few days late, but we have a very special quilt to share in honor of today, Veterans Day in the US.

When Pam Neil’s son Scott was deployed to Afghanistan after September 11, 2001, she decided to make a quilt for him and add one square for every day he was gone. Scott’s children, friends and extended family wrote messages on each block, which grew, square by square, each day Scott was gone. Pam shared the quilt in a 2009 Q.S.O.S. interview:

Well, the name of this quilt is “Scott’s Victory Quilt”and he named it sort of tongue in cheek. When the events of September 11, 2001 occurred, Scott was in the Army Special Forces and he was a first responder to Afghanistan after those attacks in New York. I told him that it was more danger than we knew he had ever been in before knowing that he was going to Afghanistan. I think the country in general was in shock during that time and we just didn’t know what to expect with his going over there. But because of that I said, ‘Scott, I really don’t know what to do to help you, but I’m going to make a quilt while you’re gone. We’ll put a block in it for every day you’re gone so that you will know without a doubt that we thought about you every single day and that we did not just become complacent about your being over there.’ We chose to do this quilt as a memory quilt and we used Pigma markers to actually write messages on the blocks each day.

The pattern is a half square triangle, a very simple quiltmaking pattern. The construction method or technique is called quilt-as-you-go [all three layers are sewn at once.] and while I developed the specific construction plan for this quilt, I’m pretty sure I was influenced at the time by a book written by Georgia Bonesteel. And I forget the name of her book, but it was a book about quilt-as-you-go methods. The blocks I did by machine and we wrote messages on the blocks and then all the quilting was done by hand and then each block was added day by day and row by row.

The quilt is almost a play by play of the war and in many cases it documents things that were going on in the family like his dad’s 60th birthday, his brother being deployed in the Navy reserves and there was even a proposal of marriage documented in this quilt. It was signed by his children, his siblings, his cousins, aunts, uncles, grandparents, and a couple of strangers that he didn’t even know that were friends of the family. There are even some secret messages in this quilt that some people wrote on the seams of the quilt and I’ve never told Scott where they are or what they say. I only told him that someday I might tell him. It just really documents a whole lot that was going on in our lives.

That first deployment Scott was only gone 6½ months and he’s fine. I should say that he did come home and he was gone about 6½ months for that deployment but a couple of weeks before he was due to come home, he was able to let us know that and so we planned the edges of the quilt. The borders we actually sent out to California to his grandmother, who is Lucille, my mother-in-law. She quilted those and sent them back and they became part of the quilt too and then the top and bottom borders that you’ll see were actually signed by people who came to his coming home party when he got home. And because we had done it in a quilt as you go fashion, the quilt was done just a couple of weeks after he came home even though it was all hand quilted. If I had made the quilt top and then quilted it after the fact, he would have had to wait for it probably 6 months or more.

Pam also recorded an audio ‘postscript’, sharing a bit about Scott and the quilt since her interview in 2009, and how this quilt provided comfort in a difficult time: 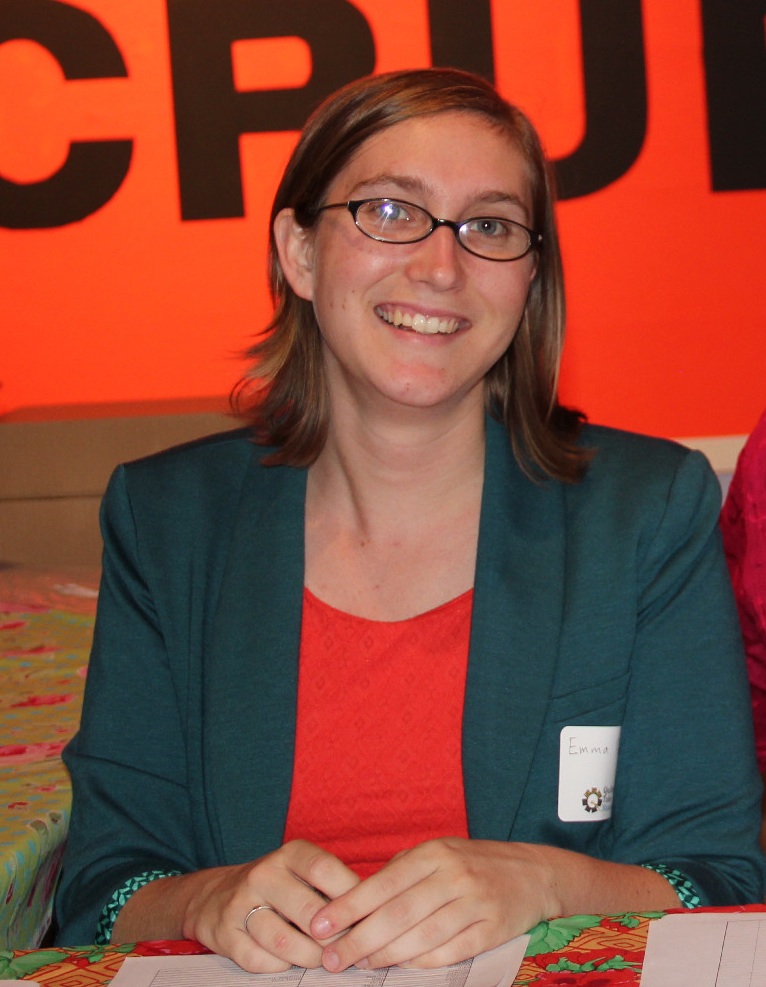 What a wonderful story with, thank God, a happy ending.